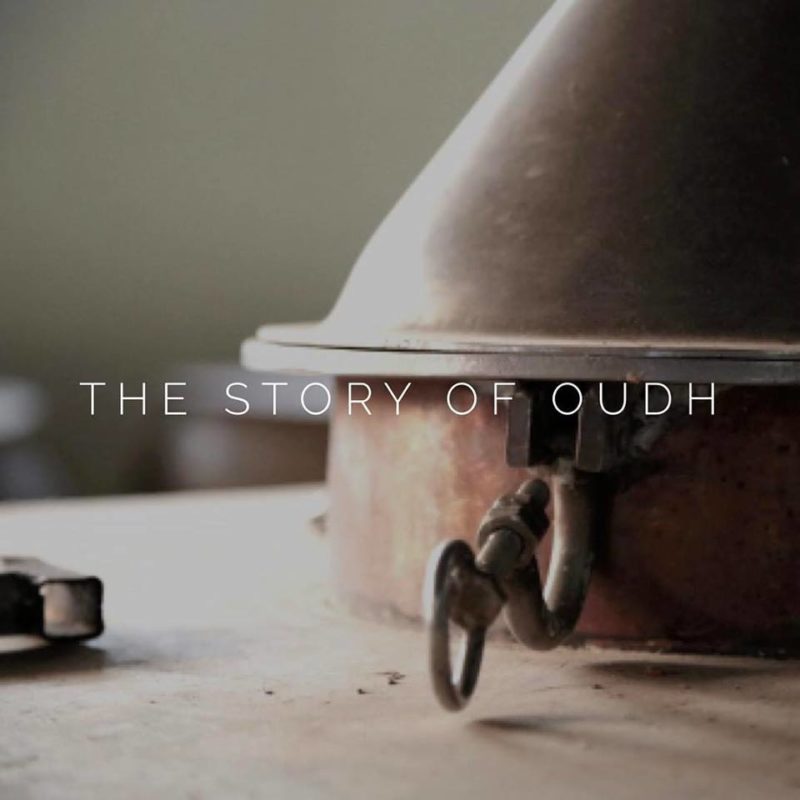 I have been fascinated by the enchanting aroma of Oudh and have been using them in making my candles . This blog is by Naqiyah from Mombati Company and I had the privilege to share it with you all.

And here it is for you all…hopefully you will enjoy reading it.

The Story of Oudh

In the Old Testament, “aloes” is mentioned several times. And four out of the five times it mentioned, aloes is used conjunctively time with myrrh. Nicodemus brought a mixture of myrrh and aloes to Jesus and in the garden of the beloved, it smells likes “with all trees of frankincense; myrrh and aloes, with all the chief spices…” Agarwood was not only present but was also held in as high regards as myrrh was. In the Quran and in the Bible, the Queen of Sheba, from a kingdom in the southern Middle East gave King Solomon gifts of agarwood among other things.

Yemen, in the southern Middle East was already trading with India by the time of King Solomon. Since a lot of the ancient perfumes from the Middle East, such as myrrh and frankincense found their way into Chinese and subcontinental cultures. It would be reasonable to assume that Arab traders were bringing back agarwood from India and the Far East where they originate.

Ibn Battuta, a traveller in the 14th century gives wonderful accounts of the agarwood he saw in Hindustan, Java, and Ceylon:

On the sea-shores, aloes like seed-aloes, sold by measure, just as meal and millet is…The whole of its shore abounds with cinnamon wood, bakam, and the kalanji aloe.”

To highlight the abundance of aloeswood Ibn Battuta also mentions how Ayari Shakarti, a local ruler, kept a saucer made of ruby filled with aloeswood oil (Lee, 2009).

Sindbad, a protagonist of one of the tales of the Arabian Night, buys aloeswood from Ceylon before he returns home from his fifth voyage (Pearson, 2003).

Agarwood also finds itself in the works of Kalidasa, a renowned classical Sanskrit writer:

Beautiful ladies, preparing themselves for the feast of pleasures, cleanse themselves with the yellow powder of sandal, clear and pure, freshen their breast with pleasant aromas, and suspended their dark hair in the smoke of burning agarwood.

Agarwood was used socially as much as it was used in religious settings in the forms of incense. The Vedas prescribed the methods and ingredients needed to create incense. And because incense gave pleasant aromas they began to be used in Ayurveda to heal.

By the early 3rd century China was already facing an increasing demand for agarwood that did not grow there then. Besides being used in incense, agarwood was also ingested as a traditional medicine in China. There is no information on how that trend emerged. The increasing demands for agarwood in China led to an increased sophistication in agarwood grading that is still more sophisticated than any other grading system in the market. While traders from the United Arab Emirates use a six-point grading system, Chinese traders have a more elaborate system.

The increasing demand for agarwood lured Chinese traders to Vietnam, which was a large producer of agarwood then (Hansen, 2000). In her book, “Nguyen Cochinchina: Southern Vietnam in the Seventeenth and Eighteenth Centuries.” Tana Li states that the Nguyen Lords established a “monopoly over the sale of Calambac.”

In their report, “The Use and Trade of Agarwood in Japan” compiled for Convention on International Trade in Endangered Species(CITES) James Compton and Akikio Ishihara quote the Nihon-shoki (Chronicles of Japan):

“…aloeswood drifted ashore on the island of Awaji (near Kobe). It was six feet in circumference. The people of the island, being unacquainted with aloeswood, used it with other firewood to burn for cooking; the smoky vapour spread its perfume far and wide. In wonderment, they presented it to the Empress”.

They mention that agarwood was introduced to Japan along with Buddhism in the 6th century and how it continued all the way into the 19th century until the Meiji Restoration. They also mention how it had become a symbol of wealth and power in feudal japan. Nobles were known to burn huge pieces of agarwood to flagrantly demonstrate their wealth and power.

Aquilaria species have adapted to live in on rocky, sandy or calcareous, well-drained slopes and ridges and land near swamps. They typically grow between altitudes of 0-850 m, and up to 1000 m in locations with average daily temperatures of 20-22C

Agarwood is formed whenAquilaria trees are inoculated with a specific type of fungus or mold some wild trees become randomly infected with some fungi or molds and begin to produce resin in the heartwood as an immune response to the attack (fig 1.). However, because evolution has preferred the survival of the healthiest trees, not that many trees get infected. Only about 10-20% of wild trees produce agarwood. In addition, the immune response process of the agarwood develops sluggishly, taking almost 10-20 years to produce the higher quality agarwood. Seasonal variation, soil conditions, the amount of sunlight and genetic variation all play an important role in the formation of agarwood. However, not much is known about the process that turns the wood to agarwood.

Before the infection spreads the unaffected wood of the tree is light in color. Over time the resin increases the mass and density of the affected wood, changes its color to dark brown or black. The major oils of agarwood oil are sesquiterpenes, which are difficult to synthesise artificially.

The traditional method of collecting agarwood involves locating trees infected with fungus and felling them. Only native tribesmen or experienced collectors can distinguish between infected and non-infected trees. For a Middle-Eastern business man collecting agarwood means trekking through the forests of Southeast Asia for days, felling the trees and bringing them back to main cities in the country the forest is in and shipping them back to the Middle East.

A typical collecting exhibition starts at a large city such as Bangkok or Ho Chi Minh. A well-acquainted collector would know local guides or natives that will help navigate upstream to the forests. A few years ago the natives were using rudimentary paddle boats made using the trunks of banana plants. Today, the native guides use motor boats to take the collectors upstream. Agarwood trees grow better on higher and slightly steep slopes.

A collecting expedition generally takes about two weeks or more these days. Just a decade ago a collector could find and collect a sufficiently infected agarwood tree in less than a week. It the result of indiscriminate logging of agarwood trees by inexperienced gatherers who cannot distinguish between infected and uninfected aquilaria trees. A gathering journey can take a week or more.

Local guides or the collector could distinguish when a tree is infected. After locating and identifying the right species of aquilaria a rudimentary diagnosis is done. This diagnosis though rudimentary, takes years to master. Cuts have to be made in to the branches, trunks and roots of the trees. Cutting too deep risks damaging the resinous agarwood by bleeding the wet contents from the healthy layers of the trunk into the dry content. And if the cut is too shallow, the gatherer cannot identify if there is enough agarwood or not.

There is no systematic way to judge when a tree has an appropriate amount of agarwood, so that it can be felled and processed. Most of the higher quality agarwood lies in the heartwood of the tree and it is very hard to determine which tree will yield a significant amount. Only with experience a collector can identify if a tree will have significant amount of high quality agarwood based on the quality of the agarwood formed in the more outer layers of the formation in the trunk.

Only if the tree contains a sizeable amount of agarwood the collectors will cut it down. If the quality or quantity of the agarwood formation is not high enough, the tree is left alone to age. With age, the resin content generally increases and the amount of wood that is infected also increases. The tree is marked primarily to be able to locate it later and also to claim ownership over it.

When the tree is cut down the non-infected portions are chopped off. The portions that contain the agarwood are handled more delicately because larger pieces of agarwood garner higher process. Infected portions of the trunk are cleaned with small knives—using small cuts, non-resinous bits of wood, are scraped off the priced agarwood. The scrapings and bits are kept to make dehnal oud, or the oil of oudh (Agarwood). Even the uninfected portions are used.

The Fragrance of Oud in Perfumes
May 8, 2013 by Mushfiq Rahman